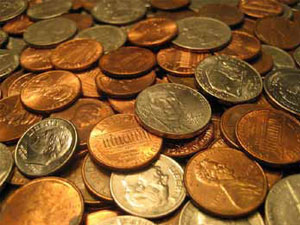 Mr. Paul’s was born in the United States. He married his Canadian wife in 1978 after he came to Canada to work, and has lived in Canada ever since. Financially, Mr. and Mrs. Pauls have done well.

They have a simple idea in mind for their estate plan. All of their wealth is to be inherited by the survivor after the first of them dies. When the second of them dies, they want all of the wealth to be divided equally between their two children, a son and a daughter.

While the estate plan is simple, putting it into operation is not.

There are two reasons for that. First, Mr. Paul’s is a US citizen. Second, the couple has money – lots of it. Together, those two reasons mean that the US government will tax Mr. Paul’s at death.

The US government charges estate taxes against the world wide assets owned by a US citizen or domiciliary when they die. Even though Mr. Paul’s has been resident in Canada for thirty years, his death will trigger taxes in the United States. It makes no difference that he rarely goes back to visit. It makes no difference that all of his assets are located here in Canada. The US government will still tax away a chunk of his flesh when he dies.

Those taxes can be heavy, amounting to as much as 45% on his worldwide assets. The US estate tax is charged against all of his wealth at death, including life insurance money.

He has an exemption available, currently $3,500,000 US. That is a big exemption, but what if his assets total up to $6,000,000? That leaves him with $2,500,000 of wealth in excess of the exemption and in a position where his widow might have to send $1,125,000 to the US government. She may be able to reduce those taxes by a marital credit that is available in some circumstances.

The Paul’s want to keep that money for the kids. They hate the idea that they might be forced to finance the US stimulus package.

The taxes can be significantly reduced and sometimes avoided altogether. This involves setting up advanced estate plans including wills that are twenty or thirty pages long.

The Paul’s need two advisors – one providing advice on Canadian income tax and probate fees, and the other providing concurrent advice on US estate taxes and cross border issues. Working as a team, they can offer significant opportunities to reduce both Canadian and US taxes.

You may be sitting back and thinking that this does not apply to you. Actually, it may. US estate taxes apply to many people who are surprised to find out that they are caught up in the system. First, if you were born in the United States you might be a US citizen without knowing it, even though you carry a Canadian passport. Second, even if you are not a US citizen, you may be subject to US estate taxes at death if you are what is called a “US domiciliary.” A US domiciliary can include a person who simply lives in the US for some time under a resident visa, even after they leave. Holding a green card can be sufficient to sweep a person into the net.

Do you have to worry about this if you are an everyday Joe? The exemption amount of $3,500,000 is likely to be reduced by the US government to a smaller exemption of $2,000,000. If your assets are well under 2 million dollars US, including life insurance, you may be able to ignore this. If you have a higher net worth, like the Paul’s, then it is time to worry – unless you like paying big taxes to foreign governments.

The Paul’s are fictional. The problems are real. Their story combines facts from the ranks of clients who consult me each year with US estate planning problems. Some oversimplification has been necessary.

Next week’s column: What do you do if your kids live in the States?

Estate Planning If Your Kids Move To The U.S.
Scroll to top