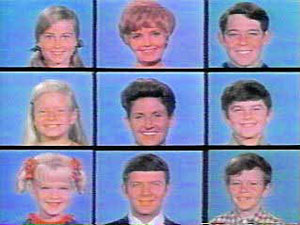 Mr. Smith met and married Mrs. Smith later in his life. He was wealthy by most standards, and she enjoyed a good life at his side. The two of them shared a common commitment to charity.

Mr. Smith passed away first and his wealth was set aside into a spousal trust under the terms of his last will and testament. That means it was held by trustees and Mrs. Smith was entitled to the generous income it generated each year. She also benefited from the preferential tax treatment afforded to spousal trusts. Upon her eventual death, the wealth would be given to the charities that Mr. and Mrs. Smith had supported together during their salad years. That suited Mrs. Smith fine.

Trouble was brewing. It boiled over when her memory began to fail and she lost the ability to handle her own affairs. Her children stepped in and took over under a power of attorney she had signed.

Her children did not like Mr. Smith’s will one bit. While their mother enjoyed the income, all of the wealth was ultimately aimed at charity.

The kids sued Mr. Smith’s estate demanding a money judgment for their mother. If successful, they would pull a few hundred thousand dollars, or hopefully a million or two, from the estate and into their mother’s direct ownership. Where would it go from there? Her will left everything to them, not to charity.

Mrs. Smith had shown no inclination to attack Mr. Smith’s estate by making such a claim. Her children were in charge now, not her.

The children lost the court case on a technicality. The claim was brought too late. Otherwise, they might well have succeeded. The details of this story are taken from the court’s written judgment (the names have been changed and some of the facts altered to prevent embarrassment).

Many families rely on good faith to protect their estate plans. They look across the table at each other and promise not to challenge each other’s estates. Unfortunately, that promise is worth the paper it is written on – nothing. The surviving spouse is generally free to change his or her mind later. In other cases, like that of the Smiths, it is the kids who ultimately call the shots, not the parents. The children know nothing of the promise or understanding between the parties, or just get plain greedy.

If Mr. and Mrs. Smith were serious about leaving the wealth to charity, they had a series of options. First, they could have had a lawyer prepare a simple piece of paper. Called a quit claim deed or release, Mrs. Smith would have signed it and thereby formalized an enforceable promise not to bring any form of claim against her husband’s estate.

Properly drafted, that piece of paper is helpful. It would extinguish at least some of the claims she might have against Mr. Smith’s estate. The quit claim deed would not protect the estate from claims under dependants’ relief legislation. A dependants’ relief claim cannot be signed away.

There are other ways to plan around dependants’ relief claims if a couple wants things to be utterly ironclad.

A common strategy involves setting up a “joint spousal trust.” This is only available if Mr. Smith is over the age of 65. He would sign a trust declaration and transfer most of his assets into the trust. Structured properly, there would be no need to pay capital gains taxes when his assets are transferred into the trust. RRIF’s have to be excluded unless Mr. Smith wants a nasty tax bill. Income generated on assets in the trust would be available to the couple for their support and benefit. Mr. Smith could access capital if need arises. When he dies, the assets in the trust would not form part of his estate. Since the assets are outside of the estate, they escape the reach of the children if they try to pursue a dependants’ relief claim on behalf of their mother. Voila.

After the second member of the couple passed away, then the money and other assets in the trust would be distributed to charity. Careful drafting is required on that point. Many trusts are constructed in a way that denies the family the ability to claim tax relief for the assets going to charity, effectively ripping up the donation receipt.

Joint partner trusts are also used to avoid probate taxes on land outside of Alberta, to avoid general creditors, and to allow for assets to pass to heirs outside of the public eye.

A joint partner trust is only one of many tools used in blended family estate planning. At death, a surprising number of blended families descend into acrimony, greed and fighting. Few couples take any reasonable steps to prevent it.

Protecting Children From Prior Relationships
Scroll to top