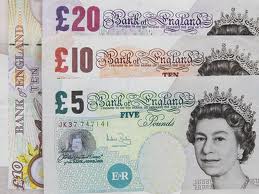 David Smith is proud of his son, Bob.  His son is a banker, and a successful one.  So successful that he ended up living in London, England with a job at an international bank.

That creates an estate planning problem for David.  Getting on in years, David is making a will.  His son will get an equal share of the estate along with his siblings.  That will likely amount to an inheritance of just under $500,000.

Here is the problem.  The United Kingdom has an inheritance tax.  It will not catch the inheritance as it comes into the son’s hands.  The father lives in Canada and has no connection to the UK.  The inheritance will be caught and the taxes paid later when the son passes away.

Those figures could be converted into English pounds but the point is illustrated more clearly if we stick with Canadian dollars.  Regardless, it amounts to a lot of money that will leave the family fold.  Bob’s children and wife will be the poorer.

There is some good news.  David can sign a special will here in Canada.  That will sets up a trust to hold his son’s inheritance.  The son can be the trustee of the trust.  The son and his family can benefit from income and capital from the trust.  If it is done correctly, none of the money will be subject to UK inheritance tax when the son dies.  That will keep the $400,000 in the family.

David signed a will on those terms.  It was drafted with joint input from two lawyers, one in Canada and one in the UK.

More good news, the trust may also be of use to the son if his marriage breaks up.  His spouse will have a difficult time under UK law if she tries to claim an interest in assets in the trust.

There is an exemption under the inheritance tax regime that will avoid the tax in some situations, without the use of a trust.  Every person in the UK is entitled to shelter just over $500,000 from the tax using that exemption.

The exemption is no comfort to David. His son is doing well in the UK.  He has already built up assets that will outstrip the exemption amount.  Thus, this kind of planning is essential in David’s case to keep his son, Bob, out of the inheritance tax net.

After David dies, the trust will protect his son’s inheritance from the tax.  Bob will still have to decide where he wants to keep the trust’s assets.  If he moves the assets to England, they become subject to a recurrent 6% tax that will hit every 10 years.  That can be reduced or avoided if Bob keeps the assets offshore.

Do you have a child who lives in the UK?  If so, the tax may not be a concern if the child is a starving artist.  Add up the child’s personal wealth and the amount of the inheritance you plan to give them.   If the total is less than the exemption amount, the exemption may be all of the comfort you need.

David’s story is true.  Details have been changed to make it impossible to guess his identity.

All of this will sound familiar for families with children who have moved to the United States.  The US has an inheritance tax of its own.  Trusts are used in the same basic way, parking assets where they are safe from the estate tax at the eventual death of the children.

The object of good estate planning is to die well.  You may not have a child in the United Kingdom, but you may have a cottage, or a farm, or high net worth.  You might be part of a blended family, or have a child with special needs.  Each of those presents a challenge you can successfully overcome.  Think of these as opportunities, not pitfalls.