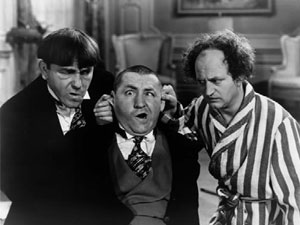 Gerald Conner died in Ontario on April 26, 2004. He had no spouse and no children. He did have five siblings and decided to divide his estate among four of them. The fifth, a brother named Sam, was cut out of the will. That always hurts.

Gerald’s will named another one of his brothers, Marvin, to be the executor of the estate. It is unlikely that Marvin knew what he was in for.

Sam, the disinherited brother, never sued but threatened to. He appears to have hovered on the outskirts and yapped a lot. Maybe that is what started the trouble.

The beneficiaries turned on Marvin, their brother, like a pack of wolves. They took him to court, claiming he had been doing a terrible job as executor. That hurts too.

The judge criticized everyone, but told Marvin to finish the job. The court case ended and each of the four siblings included under the will took away a quarter of the estate.

Where did that leave Marvin? His parents were dead. Worse, his siblings had become his enemies. No one wants that.

The result might have been different if Gerald had picked a different person to serve as executor of his estate.

In some estates, you can predict tension. That might be the case when a family member is disinherited, as was the situation under Gerald’s will. It might also be the case in a blended family, where an estate is being divided up between a current spouse and children from an earlier relationship. It might also be the case when putting the estate in a trust that restricts the beneficiary’s access to cash, perhaps because a beneficiary has a history of drug abuse.

Whenever tension might be predicted, consider going outside the family when looking for an executor.

Some people appoint a family friend for the role. Others appoint a member of the extended family, such as a cousin or uncle.

Be candid with the prospective executor. The executor needs to know that the job might get ugly. Fees should be discussed.
An outright gift of cash might also be considered in favour of the executor, on top of the fees they are able to charge. A will can be drafted that makes a gift of $25,000 to uncle Bob and concurrently appoints him as executor. The gift is not instead of a fee but in addition to it.

Why is that a good idea? Compare a fee to a gift. A fee gets paid at the tail end of estate administration. The family can legitimately fight over the amount of the fee. Unlike a fee, a gift gets paid early in the estate administration process. Generally speaking, the family cannot oppose the payment of a gift or its amount. A fee is taxable income to uncle Bob. A gift is received tax free.

If a fight boils up over the administration of the estate, uncle Bob can take solace in the $25,000 in tax free cash while he listens to the bickering.

A trust company is another alternative when tension is in the air. A trust company is in the business of serving as executor. The employees of the trust companies have handled thousands of estates. They can’t be bluffed and aren’t afraid of a fight. While a trust company will charge significant fees, there are many situations where it is completely worth it.

Why appoint an outside executor where tension is in the air? If the executor gets sued, the bad blood spills outside of the immediate family not in it. The family can go to Christmas dinner, together, and complain about the outside executor.

Marvin’s story is a true one, taken from the published decision of the judge who heard the case. Names were changed to save the family embarrassment.

Next week’s column: More guidance in selecting an executor.

Who Should You Pick As Your Executor?
Scroll to top