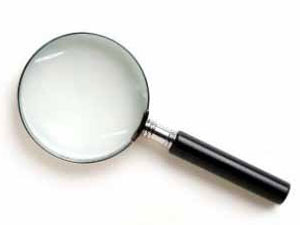 Norman Thorton was one of the most prosperous farmers in the Maidstone area of Saskatchewan. He was a perfectionist. He subscribed to farm journals, and studied changing farming methods. He was up on the latest technologies. His machinery was the best money could buy and was then meticulously maintained. After each use he and his hired man would thoroughly wash each piece of equipment before returning it to the sheds. Tools in his shop were organized from largest to smallest. Norman’s world was carefully catalogued, ordered and cared for.

The devil is said to be in the details, and he was a man who took care of details. He was very successful.

The order he sought to impose on the world fell apart when he died. Norman Thorton died poorly, and the reason was in the details.

Here is what happened. He tried to keep his legal affairs in order with the same care he brought to the other areas of his life. He hired a good lawyer, at a good local firm. He incorporated a family farm corporation. His original lawyer became a judge, and one of his partners took over Norman’s legal affairs. The partner did the job when it came time to update Norman’s last will and testament.

It was important to Norman and to his family that he leave some farmland to a specific heir. His will very clearly described the farmland and the person who was to receive it. That should have been a slam-dunk. It wasn’t. Norman did not own the land — the title was held by his family farm corporation. Norman could not give the land away under his last will and testament as the land would never form part of his estate. The lawyer who did the will never checked on that detail. The family member who was supposed to get the farmlandgot nothing. Norman’s estate plan broke down.

His lawyers betrayed him. The family member sued the law firm. Ultimately the lawyer who prepared the will was found to have been negligent, and the lawyer’s liability insurance company had to pay damages. All of the details reported above are taken from the published decision of the Saskatchewan court that held the lawyer responsible for the error.

The court repeated what lawyers already know. To do safe estate planning, the lawyer must delve into the details. Minimally, this means a comprehensive interview with the client. A lawyer should be spending an hour or two with a client before drafting their will — longer if the client’s circumstances warrant it. Sometimes it means searching the title to land, or reviewing a minute book, separation agreement, or insurance policy. The details set out in those documents can be key if the client wants to make a gift of specific land, like a cottage or a farm, or if the client owns a company, or is divorced, or if life insurance forms an integral part of the estate. Bad estate plans are written every day because lawyers fail to take those steps.

One of the toughest challenges in a hospital is getting staff to wash their hands. One of the toughest challenges in estate planning is getting the lawyer to perform a full interview and check the details. Many lawyers push back. Hundreds of clients have come through the lawyer’s office before you do, typically refusing to pay more than $250 for their will. Although most lawyers would deny it, this has conditioned them to do fast and dirtyestate planning. A lawyer who is not charging at least $600 or $800 is losing money badly if they are doing everything they ought to do in helping you with your estate plan. A senior lawyer demanding fair payment for his or her time may demand significantly more.

As a consumer, or as a patient in a hospital, you can benefit from being assertive. Ask the nurse to wash their hands before changing your dressing. If the lawyer can’t or won’t spend the time with you and check the details, go elsewhere. Oddly enough, you should be looking for a lawyer who charges more rather than less. One of the surest ways to get a dangerously haphazard estate plan is to comparison-shop and then go with the lowest fee quote you can get over the phone.

Next week’s column: A unique will by a literary giant.

A Literary Masterpiece And A Legal Disaster
Scroll to top