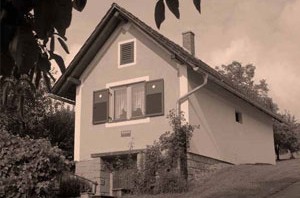 Bill Smith had two sons by his first wife, and then a daughter by his second. His second wife, Mary, appears to have been headstrong and intelligent.

When Bill and Mary were in their 80’s, they arranged to have their daughter move in with them to help out. It worked out well. Their daughter needed a place to live. They needed the help around the house. Bill ended up in a wheelchair, and their daughter worked hard.

Bill and Mary were grateful. They decided to change their wills to give the house to their daughter after the second of them died.

The new wills were signed, and everything was good until the two sons found out what their father and stepmother had done. They hated the idea that their stepsister would get the house. The boys were quick to interfere, but slow to help out.

The boys tried to pressure their father, Bill, and stepmother, Mary, to change the wills back, and leave everything (including the house) in three equal shares. Mary was having none of that. With Mary at his side, Bill was also able to withstand the pressure his sons put on him. The wills stayed as is.

As the years rolled on, their daughter continued to take care of Bill and Mary. Bill was forced into a personal care home. Mary contracted cancer.

It was clear to Mary that she would die first. It was a matter of months for her. She was still mentally sharp, and made a prediction. She predicted that as soon as she died, her stepsons would approach their father in the personal care home, and he would sign anything they asked him to. Further, the new estate plan would strip their daughter of her claim to the house – something that Bill and Mary had genuinely wanted to see happen. Their daughter had been working hard to make their lives better. She asked little or nothing in return. The situation was a little like the Cinderella story.

So Mary took one last series of steps to protect their daughter from Mary’s stepsons. She hired a lawyer of her own. She altered the title to the family home so it was no longer in joint tenancy. That meant that a half-interest in the house would fall into her estate. She then redid her will to leave that half interest to their daughter.

If Mary’s estate plan held up, their daughter would get half of the house and nothing the boys or Bill did could alter that.

Her prediction came true. Shortly after she died the boys swung into action. Changing Dad’s will was no longer enough. They had to overturn their stepmother’s estate plan. Bill, as predicted, let them run the show. They hired a lawyer in Bill’s name and went to court to attack Mary’s estate plan. They claimed that the cancer had addled her brain.

Here was their problem. It was clear that Mary was shrewd and mentally capable right to the end. Their case was a dud. The judge found in favour of the daughter.

There are two things we know about lawyers. They like Latin, and they are expensive. The daughter’s lawyer charged $118,111.76 to win the case. The sons’ lawyer charged $99,592.36 to lose it. There are situations where the estate will pay everyone’s legal fees. The rule changes when litigation is stupid and mean-spirited. Bill was ordered to pay the legal fee his daughter had incurred. The terrible thing here is that Bill was the puppet of his sons.

There are several lessons to take away from this story. First, blended families tend to fight after the death of one of the parents. Second, kids often push old and doddering parents into the ring to fight for them. Third, a well constructed estate plan will not break apart when someone tries to hammer it. Fourth, hiring lawyers and litigating can be hugely expensive. Fifth and finally, if you push a weak case and lose, you can pay huge court costs.

Bill and Mary’s story is a true one. The details were taken from the published decision of the court that heard the case. Names have been changed to save the family embarrassment.