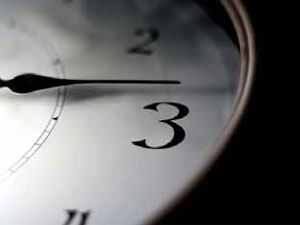 Rudy Gutzke was born in the Ukraine and immigrated to Canada, marrying late in life to a woman named Lorna. She already had two children. Rudy never had children of his own. Rudy and his wife grew old together and moved into a personal care home in Winnipeg.

Lorna died on September 20th, 1990. All of their property was jointly owned, and Rudy inherited everything. His will, done eight years earlier, did not speak to who would inherit from him if he died second. That meant that all of Rudy’s wealth, which now included Lorna’s wealth, would pass at his death to his nieces and nephews back in the Ukraine. Lorna’s children would get nothing (stepchildren not forming part of his family for inheritance purposes). They would have viewed that as a problem. Within four days of Lorna’s death, the stepchildren had discovered all of this and approached a lawyer to have a new will drafted for Rudy – one that would make them, not his extended family, the beneficiaries of his estate.

The lawyer visited Rudy’s room at the personal care home and met with him for 15 minutes. Rudy told the lawyer he wanted a will prepared leaving everything to the stepchildren. The will was prepared and signed that same day, on September 27th, 1990.

Rudy died a few years later, and gave birth to some spirited litigation. The stepchildren claimed his estate under the new will. His extended family came forward and attacked the will, saying it was invalid and claiming his estate as their own.

Delay is dangerous. By the time Rudy tried to write his new will he was in a personal care home, had already suffered a stroke, and had been seen by a psychiatrist who knew that Rudy’s mental powers were deteriorating. It fell to the lawyer to defend the will he had prepared by satisfying the court that Rudy had the necessary mental capacity at the time the will was signed. He failed.

The will was overturned by the Manitoba Court of Appeal in 2003. This story is taken from the court’s written judgment (the names have been changed to avoid embarrassment). The extended family got everything. Lorna’s children lost any inheritance. The lawyers enjoyed a fat payday.

Don’t leave your estate planning until it is too late. If you die unexpectedly, you might die with no will at all.

If you fail to tackle your estate planning until you are too old or sick, then the task of helping you put a valid will in place becomes a big, difficult, and expensive job best suited to a specialist lawyer.

Rudy’s stepchildren should have found a lawyer who would have met with him for two hours, not fifteen minutes. Who would conduct a detailed interview relating to his family history, assets and wishes, not a lawyer who behaved like a short-order cook, simply asking Rudy what he wanted and then serving it to him. They should have found a lawyer who would interview the staff at the care home, secure a written opinion from the psychiatrist, and create a detailed file to document his or her conclusions for future reference. The lawyer they hired did none of those things and kept no notes at all.

If all of the proper steps had been followed, the lawyer might have been able to satisfy the court that Rudy had the necessary mental capacity and the will would have withstood attack.

Good estate planning allows people to pass wealth from one generation to the next while minimizing taxes and structuring special arrangements to improve the lives of beneficiaries. It takes time. Deathbed instructions, grunted in pain into a lawyer’s ear, deny any realistic opportunity for good estate planning. Delay also makes it easy to get it wrong and, like Rudy, leave a legacy of unnecessary litigation.

Some lawyers make a study out of overturning estate plans done too late or with too little attention to detail. What is the recipe for successful litigation? Have a will done at a person’s deathbed, or late in life when capacity is in question, change the person’s beneficiaries under the new will, and stir in a lawyer who spends less than an hour with the client. Pure gold. Don’t let your estate be a lawyer’s next payday.

Openness Is A Good Thing
Scroll to top