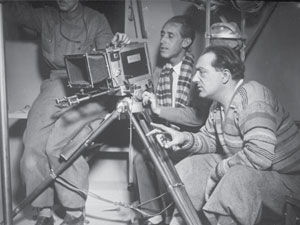 Harriet Thomson had three sons and lived Niagara Falls, Ontario. As the decades came and went, one or two of the boys appeared to be living at home pretty well all of the time. That was true both before and after her husband died. That remained true as she grew older, and as her health began to fail. They lived with her until she died. It was a family wide “failure to launch.”

The boys were named Robert, William and David.

After the death of her husband in July of 1994 Harriet redid her last will and testament. At that time Robert was at home as part of a 14year stint with his mom. Her 1994 will gave Robert the right to live in her house for a year after she died, and to buy the house for 60% of its fair market value at the end of the year. The house was her major asset, and the discounted purchase price was a huge bargain. The will also divided her remaining wealth among her three boys, but not equally. The split was 20%, 40%, 40%. Robert not only got the house, but one of the larger shares of 40%. Advantage: Robert.

Robert moved out three years after the 1994 will was signed. That was a mistake.

It left William at home with Harriet. He looked at the will and decided it was time for a new one, even though Harriet was old and sick. It would cut out the house clause for Robert – a major victory for William. Also, because William was on social assistance at the time, he made sure that his share would go to his daughter, not directly to him. That made sure the government would not get at his inheritance.

He hand wrote the will for Harriet in 2004, and then invited a camera person and a pair of friends over to the house to act as witnesses. He had decided to shoot a video to prove his mom, Harriet, had the necessary mental capacity to do a new will.

He had the camera set up, and the witnesses in the room and, presumably, said “action.”

As the camera started to roll he asked his mom “What was dad’s regiment number in the war?” She answered correctly. A coup! He then repeated a family story and asked his mother if she remembered it. She did. Another coup! After that he read the will to her and had her sign it along with the two witnesses.

The new will exterminated the sweetheart deal for Robert.

It was also kept secret from Robert. Moreover, William made sure that Robert was never, ever, alone with his mother again. William, or someone of his choosing, was there “24/7” to make sure that no one could talk to Harriet about a new will. By that point she was terminally ill and the finish line was close at hand. Advantage: William.

After Harriet died, Robert discovered that a new will had been orchestrated after he moved out.

Robert sued. He alleged that Harriet did not have the necessary mental capacity to do a new will – she was too sick and too malleable. William defended the action, pulling out the video for its screen debut for the lawyers and the court. The third son, David, did not take a position in the litigation – he appears to have been the quiet one, and happy with his 20% share.

What did the judge say about the video? Two thumbs down. First of all, the judge said the whole thing looked and felt like a staged play. It did not, in any way, convince the judge that Harriet had her marbles. On the contrary, it showed how easy it was to manipulate her. The judge could not resist, and went on to say that William was guilty of “overacting.” The court refused to accept the will for probate.

There are lots of examples of cases where a video or audio recording have been successfully used to buttress a will. William did not know what he was doing and asked Harriet the wrong questions. If William had hired a lawyer to be the “producer,” and to ask the right questions, the will might have stood up.

One more lesson can be drawn from all of this. Greed is transparent.

Harriet’s story is a true one. The details were taken from the published decision of the court that heard the case. The names were changed to save the family embarrassment.

Next month’s column: Giving advice from the grave.

War Declared by Last Will and Testament
Scroll to top