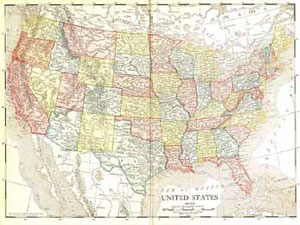 Jack and Sandra Taylor have two children, a son who lives in New York and a daughter who lives in Vancouver. The Taylor’s lived, worked, and retired in Toronto. They have no plans to move. With cheap airfare they manage to see their son and daughter several times a year.

Their son in the US is a stockbroker. Their daughter in Vancouver is a dentist. They are both married and have families of their own. Neither the son nor the daughter will be moving back to Toronto.

All of that is well and good, but presents a challenge to the Taylor’s when it comes time to hire a lawyer and write a last will and testament. If Jack and Sandra were to die tomorrow, each of the two children would inherit approximately $1.5 million from their parents. The different tax systems in the two countries demand different estate planning strategies.

For their daughter here in Canada, they set up what is called a “testamentary trust.” It is designed to reduce her annual income taxes after inheriting. She will not receive her inheritance directly. Instead it will be paid to her as a trustee of a trust established under her parents’ wills. The trust will hold her inheritance and invest it in stocks, and bonds, and mutual funds. The income will be taxed in the hands of the trust on a separate tax return filed by the trust. That gives access to a separate set of graduated tax rates. The first $40,000 or so in income will be taxed at the bottom tax bracket at the lowest rate applicable under the Canadian income tax system. The rest will be taxed at progressively higher rates as the income earned in the trust works its way up from one tax bracket to another. Without the trust, and with a daughter living in B.C. (a high tax jurisdiction) all of the income on the invested inheritance would be taxed on the daughter’s personal tax return at the top rate of 46%. Why? The daughter’s income as a dentist ensures that any additional income she earns in her own name is taxed in the top tax bracket. This strategy will secure about $11,000 per year in income tax savings for the daughter. That will add up nicely over time.

It will not work for the son. He lives in the US. The tax rules are different there, and there is no annual tax advantage to generating income inside of a trust.

The son will be subject to US estate taxes when he dies, even if he retains his Canadian citizenship. Those taxes can be heavy, amounting to as much as 45% on his worldwide assets at death. While there is a substantial exemption available, the son will still expect to pay hefty US taxes. The strategy for the son is to keep his inheritance out of the pot for the purpose of calculating his US estate taxes.

To do that his mother and father create a US style inheritance trust. Similar to the Canadian designed trust for his sister, it separates him from direct ownership of the inheritance. The similarities end there. The wording of the two trusts is radically different. Properly drafted, the trust for the son allows the inheritance to skip a generation of US estate taxes at his death, and still allows him to benefit from the wealth while living. If the inheritance sitting in the trust were $1.5 million at the son’s death, this can save as much as $675,000 in taxes.
The Taylor’s are real. Their names and other details have been changed to protect their privacy.

A surprising number of well-heeled clients in Calgary have children who have moved to the US. With proper estate planning, they can navigate the shoals of the tax systems in both Canada and the US. None of this is an issue unless the family has some significant wealth.

Next week’s column: Putting a forged will to the test.

Will Forgeries More Common Than You Think
Scroll to top