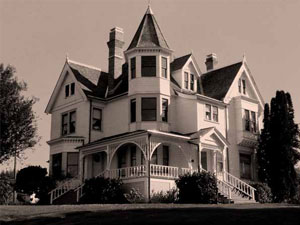 Amber is a doctor. Her husband Rob is a dentist. Both are successful at what they do. Their combined income is impressive. In their early fifties, Rob and Amber have three young children and no spare time.

Rob and Amber are also the kind of people who like to plan. They both have wills. The wills are tax efficient.

Those tax savings work fine under current rules. Yet the tax savings are not a sure thing. Why? Rules change. The government can always amend the Income Tax Act to change the income tax provisions at work in structures like those being put in place in the wills for Rob and Amber. The younger the person is, the greater the risk that tax changes will occur before they die.

That got Rob and Amber thinking about their parents. Amber is an only child and expects to inherit roughly $800,000 from her father. Dad’s will is a six-page, dime store special. She will inherit in the form of cash on the barrel head after he dies and the dust has settled on his estate. Investing her inheritance, she can expect to generate upwards of $40,000 a year in income. Because she is has a high income of her own, that additional income will be taxed at the top income tax rates under the Income Tax Act. That means that nearly half of the income generated by the inheritance will be taxed away.

It does not have to be that way. Her father can replace his six page will with a twenty-six page will. The extra pages are to structure and establish a testamentary trust for Amber. When the dust settles, the inheritance will be owned inside the trust. The income it generates will be the trust’s income, not Amber’s.

A testamentary trust is taxed as a separate tax-payer, and accesses a fresh set of marginal rates under the Income Tax Act. That means that more than $100,000 of income can be generated in the trust without seeing any of it taxed at the top tax bracket applicable to Canadians. The first $40,000 or so will be taxed in the bottom tax bracket.

In Amber’s situation, the tax savings from accessing a separate set of graduated rates will amount to nearly $7,000 a year. It works even if the trust pays the income out to Amber. Special provisions allow it to be taxed in the trust even if it has been used by a beneficiary.

If her father dies while Amber’s three children are still financially dependent on her, the trust can be designed to support income splitting. She can use income from the trust to support the kids, paying for things like bicycles, books, music lessons, and private school tuition. Because her children are small, and have no income of their own, she can spend roughly $10,000 per year of trust income on each child and have it sheltered in their hands using their personal exemptions. That will effectively increase the tax savings available in the structure from $7,000 per year to a larger annual figure of $14,500. That will add up.

Amber would love it if her dad did the longer, fancier will. The new will would be costly. On the other hand, dad is old and apt to die sooner rather than later. Old means that tax rules are more likely to remain in place and unchanged when he dies. His tax planned will is a better investment than the one Amber has put in place for her own estate.

What should Amber do? Talk to her dad. He may be willing to change his will if he understands the benefits she hopes to reap. Some families are open about such things, and dad wants the best for his daughter and his grandchildren.

Amber might also consider volunteering to pay for the new will. Dad will not object to that. When he hears the price per page of the new will, the shock might kill him.

Amber would be well advised not to wait. As Dad gets older, each week that passes is a risk that he might die before a new will can be put in place.

Amber is not real. Her circumstances blend the facts taken from the dozens of clients who approach us each year with their parents in tow.

The Curious Case of Jack Wilson – Imposters
Scroll to top