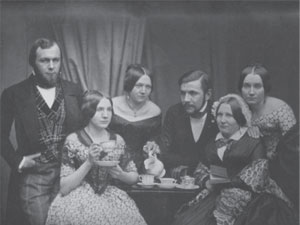 Mr. Jones died and left everything to his wife. His son, Mike, was horrified. Why the big deal? Dad had remarried and his wife was Mike’s stepmother. She had joined the family only recently when Dad tied the knot for a second time in his late 60s.

Mr. Jones and the stepmother had signed simple wills that left everything to the survivor at the first death and then, at the second death, would divide the combined wealth in the second estate into two halves, one half for Mike and his sister and the other half for the stepmother’s children. Here is the problem, however. The stepmother remains free to rewrite her will after inheriting everything.

Mike liked his stepmother, but he had no illusions either. They would quickly lose touch with each other – they had no real tie between them other than Mr. Jones. She had children of her own from an earlier relationship. She might remarry.

What would her last will and testament look like when she passed away, perhaps twenty or thirty years into the future? There was absolutely no assurance that Mike would inherit a penny from her, and she now owned everything. Mike couldn’t help but feel that he had just lost his inheritance.

Mike’s situation is real – names and details have been changed to save the family embarrassment.

Unfortunately, Mike’s fears might be well founded. It happens all the time. Parents in a blended family situation try to “keep it simple,” and use a basic will structure intended for a traditional nuclear family. The survivor inherits everything without strings attached. The ultimate result? The other side of the family is often disinherited.

It doesn’t have to be that way. Mr. Jones and his wife could had entered into a written contract between them under which each promised to always maintain a will that divides the wealth as agreed between both sides of the family, half for his children and half for hers. After the stepmother inherited, she would then be under a binding legal obligation to leave at least half of the wealth to Mike and his sister.

Sometimes referred to as an “estate plan agreement,” or “distribution agreement,” that type of contract would have been a huge comfort to Mike. If the stepmother later changed her will, attempting to leave all of the combined wealth to her own children, Mike and his sister could sue her estate after her death and demand their half.

While such agreements are binding, they are not always easy to enforce. If the stepmother were to remarry and intermingle assets, her new husband might have claims to the property at her death that supersede the claim of Mike and his sister under the agreement. The stepmother might give three-quarters of the wealth to charity while she is still living, or live to be100 years old and gradually spend the combined fortune down to nothing. Her estate would be largely empty. That would leave Mike and his sister with a valid claim against an empty husk.

What if there had been a verbal understanding between dad and the stepmother to give a share to Mike and his sister when the stepmother eventually died? The right litigation lawyer might be able to successfully enforce the understanding in court, saving a portion of the otherwise disappearing estate for Mike and his sister. Court is ugly, and expensive, and uncertain.

A lawyer suggested Mike try to keep in touch with his stepmother. Taking her to dinner each year on what would have been dad’s birthday might be a good touch. Candidly, being really, really, really nice to her would be smart. She may still choose to leave something to Mike and his sister, and they are best not to annoy her.

An estate plan agreement is a great solution for some blended families. It gives the survivor access to the combined wealth — in case they contract cancer and decide to go to the Mayo Clinic — but also provides a significant measure of protection for the children or other beneficiaries on both sides of the family.

Delusions May Not Interfere With Will
Scroll to top