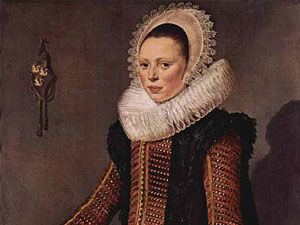 Elizabeth Amelia Brown was widowed in 1919. Her dead husband had been wealthy, and his will gave her access to his family fortune. She would be comfortable for life. She was also put in a position where she would decide who would get the family fortune when she died. There would be lots of money left over. They had no children.

Her husband left her with guidance. He had been very fond of his sister, and two of his grandnieces. He left a message for his wife in the text of his will telling her to take care of them after he was gone, and asking her to make sure that when she died the family fortune would go to those family members.

Elizabeth signed a will of her own the year after her husband died. That first will followed his wishes and gave the balance of the family fortune to his sister and grandneices, as suggested.

Over the years that followed, she became increasingly annoyed with her dead husband and his family. She made a new will in 1927. It gave everything, including her husband’s family fortune, to her own family, not his. Her second will flew in the face of her dead husband’s wishes.

The lawyer who helped her with her second will told her that she was morally but not legally bound by the wishes of her dead husband. He said the second will was “very wrong.” Elizabeth told him to mind his own business.

She told the staff that someone was introducing poison gas into her room. She was also worried about poison powder. She complained that she was hearing voices from the grave.

She was also stricken with the pangs of a guilty conscience. She came to believe that the second will that left everything to her own family was a terrible mistake. She felt horrible for disregarding her dead husband’s wishes.

In November of 1929, four months after she went into the mental facility, Elizabeth called for the lawyer. She told him she wanted to make things right and do a third will that left everything to her dead husband’s grandnieces. The new will was exactly what her dead husband had instructed her to do. His sister had since passed away.

The third will was prepared and signed. We do not know whether the voices stopped. We do know that Elizabeth lived on for another fourteen years, never leaving the mental facility, before dying in 1943.

Elizabeth’s family challenged the third will, hoping to have a judge overturn it in court. They said that the third will was only done because she heard voices from the grave. If successful in knocking down the third will, the second will would stand. It left everything to them.

The grandnieces fought them. They told the judge that the third will was just and proper, and should stand. It was what their dead great uncle had wanted for his wealth.

Everyone knew that that third and final will was a good will. It gave effect to a moral obligation to leave the husband’s wealth to his own family. They also knew that Elizabeth had been living in a world tormented by voices from the grave. Without the dead spirits she might never have changed her will. Can a person do aright will for the wrong reasons?

The two families fought their way through the British Columbia Court of Queen’s Bench, and the Court of Appeal, before the Supreme Court of Canada made a final decision in the case in 1946.

The Supreme Court said that you cannot do a valid will driven by a delusion. Even if it is a fit and just will, it will be struck down if the content is being dictated to you by voices from the grave, or aliens, or the Queen of England.

Nevertheless, the Supreme Court let Elizabeth’s third will stand. The grandnieces inherited the family fortune. Elizabeth’s family lost. The court achieved that result because it concluded that it was Elizabeth’s guilty conscience that had forced her to do the third will, not the ghostly voices from the grave.

Creating A War-Chest To Deal With Custody
Scroll to top