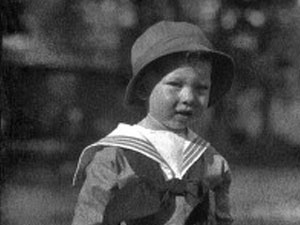 Jane Smith was adopted in 1941 when she was fourteen day sold. Her adoptive mother and adoptive father raised her together until her father died when she was eleven.

Unfortunately for Jane, her mother remarried in 1952 to a new husband, Mr. Miller.

Time passed and Jane grew up, moved out, and had two children of her own. Those children, in turn, grew up and moved out. Jane was an only child and was the sole heir under the terms of her mother’s will.

In her mother’s later years, she was diagnosed with dementia. Mr. Miller took Jane’s mother to a lawyer and had a new will prepared. This occurred one year after the diagnosis of dementia. The new will left everything to other family members, and nothing to Jane.

Her mother died on January 4, 2000 at the age of eighty-two, eleven months after she signed the new will. Jane was disinherited.

Jane was not going to take that sitting down. She went to a lawyer.

When a child has been disinherited, they have several avenues of attack in trying to restore their inheritance.

First, the child can try to rely on dependents relief legislation. In some provinces a disinherited child always has the right to set aside the will and ask for a share, even if that child is adult and independent. That is true in British Columbia and Newfoundland, for example. It is not true in Alberta, Saskatchewan, Manitoba, and Ontario. Jane was not able to take advantage of those laws. Infant children always have the ability to use dependents relief legislation to secure a share of the estate if they have been cut out. The same is generally true of disabled or financially dependent children. Jane was neither.

Second, a child who has been disinherited can try to attack the will and overturn it on the grounds that the will-maker has become so forgetful that they no longer know their assets. A will-maker needs to know what they own, and who naturally expects to receive it, before they can be said to have the necessary mental capacity for a valid will.

Fourth, the will can also be set aside if the parent entertains obviously false beliefs about the child. In Jane’s case, her mother had become convinced that Jane did not visit her anymore, and had borrowed large sums of money that were never repaid. Neither of those beliefs were true. Jane lived nearby and visited often. She had borrowed money, but it was chickenfeed. The judge hearing the case decided that Jane’s mother had effectively become deluded about her daughter. Further, that it was the false beliefs that caused the mother to disinherit her only child.

Jane’s step-father, Mr. Miller, was the villain in all of this. He convinced Jane’s mother that Jane was a bad daughter. Jane’s mother was vulnerable. She was extremely prone to suggestion. Mr. Miller poured the oil of sneaky persuasion in her ears and eyes until she could no longer hear or see the truth. Even then, her mother wanted to leave Jane the estate, but her husband forced her against her wishes to sign a will disinheriting Jane. The judge set aside the will. Jane inherited everything her mother owned.

Jane’s story is a true one. The facts here were taken from the published decision of the court that heard the case. Names have been changed to save the family embarrassment.

This will not work for everyone. Your parent can disinherit you. If you are estranged, and there has been bad blood, each of you will often carry an exaggerated idea in your heart about the slights you have suffered. When families fall out, they frequently become entrenched in unreasonably negative views. That will not, by itself, invalidate a will disinheriting you. More is required. The parent has to be outright wrong about clear facts. In Jane’s case, her mother told everyone that Jane was absolutely was not visiting. That was crazy. Everyone knew it was false. Also, modern courts want to see some evidence of mental deterioration in addition to the wrongheaded ideas. In Jane’s case, her mother had been diagnosed with dementia. English courts in the 1800’s were more flexible, perhaps because it was harder to come by a diagnosis in an age where people thought magnetism and mesmerism could cure you of disease. Back then, a persistent and obviously wrong set of beliefs could be used to set aside a will without supporting medical evidence from a doctor.

One way or the other, you need to see a lawyer if you have been disinherited. The problem might be reversed. See the lawyer quickly. Delay allows the estate to disappear into the hands of the wrong people. Once that happens, it is difficult or impossible to get it back.

Right Will for Wrong Reasons
Scroll to top