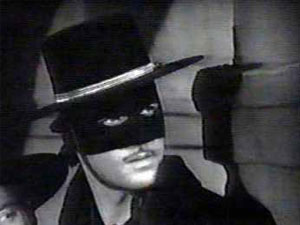 Jack Wilson could neither read nor write, and signed his name by making an “X.” Living in the Maritimes, he amassed some 250 acres of land, had a handful of children, and survived two wives before dying on March 28th, 2006 at the age of 94.

When he died, one of his granddaughters produced a will dated December 10, 2003. Her name was Lucinda. The will left half of the estate to her.

Other members of the family challenged the will, and the matter went to court. A curious story emerged.

There were actually two wills. There was the will that Lucinda liked, signed just before Christmas in 2003 and cutting her in for half of the estate. There was also an earlier will, dated ten months earlier in 2003 just as spring was breaking. Lucinda hated that will – it had nothing in it for her.

When the first will was drawn, Jack went to his longtime lawyer. The lawyer later commented that at the time the will was made, Jack was bent over, frail, hard of hearing, and used a cane.

No surprise there, Jack was 91 at the time, and had suffered from diabetes and kidney failure for several years leading up to the spring of 2003 when the will was done. He was gradually dwindling away.

The lawyer testified that Jack was clear about what he owned and what he wanted. Jack wanted his wealth to go to the children who were collectively helping him with day to day living at that time. The lawyer prepared a will, and then read it over with Jack. Jack signed it by making his “X” at the spot where a signature would normally go. Jack asked the lawyer to store the will for him at the lawyer’s office. That was that.

Ten months later, Lucinda made an appointment with another lawyer to have the second will prepared. She told the new lawyer that she was going to bring in her grandfather because he wanted to make a new will. That lawyer testified that she met with the client three times, and that he was elderly but able to describe his assets and family tree with good detail. Again, the lawyer prepared the will, read it over to her client, and her client made an “X” instead of a signature when it came time to sign.

When the second will was prepared, there was no cane. The client’s hearing was fine. He was not stooped over. The client was old, but appeared to have some spring in his step.

Either the will was signed by an imposter or Jack was aging in reverse, like the movie character in “The Curious Case of Benjamin Button.”

The situation became clearer as additional facts came out during the court case.

At some stage, papers were signed to make Jack’s bank accounts joint with Lucinda. At his death, there was no cash in the estate to pay for the probate process.

Late in 2003 Lucinda had asked her grandfather to sign some papers relating to his house, ostensibly so she could help him out with his realty taxes and a zoning problem. Jack showed the papers to another family member. The papers turned out to be a deed to his house. Jack refused to sign them.

It looked like Lucinda had been involved in a systematic effort to fleece her illiterate granddad.

The court had no trouble in throwing the will, and Lucinda, out of court. The estate went to the heirs that Jack had named in his first will when he met with the lawyer he knew and trusted.

There are a couple of interesting lessons here.

First, greed is transparent. If Lucinda had stopped with the sneaky will, she might have got away with it. She went on to try the swindle on the land, and joint ownership on the bank accounts. The pattern screamed of deceit. The family, and the first lawyer, were understandably suspicious and were looking for a reason to set aside the will.

The second lesson is for lawyers. The lawyer who met with the spry imposter did not ask for identification or take a picture of the client. The lawyer blindly relied on the honesty of the two persons in her office. That is not out of the ordinary. It is what lawyers generally do. The client’s signature normally vouches for the authenticity of a will. When an “X” is involved, it is harder to check. The same is true when the client is very old or very sick, and the signature is very, very shaky. Perhaps lawyers should be asking for identification in those cases, or photographing their clients.

The story of Jack and his curious will is a true one. The details were taken from the published decision of the judge who heard the case. Names were changed to save the family embarrassment.

Property Can Revert To Crown Without Will
Scroll to top