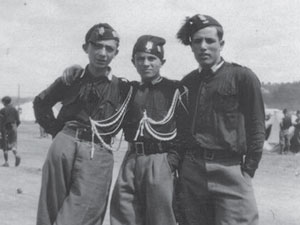 Very little is known about the Reverend John Gwyon, but a great deal is known about his estate plan – one of the most bizarre forays into succession planning known to English legal history.

Reverend Gwyon made his will on May 25, 1912, in the shadow of World War I. His will dedicated the whole of his fortune to the establishment of a foundation. That foundation was to exist for the sole purpose of providing boys who were resident of the Farnham district of England with one new pair of knickers each year.

Also known as knickerbockers, knickers were a form of short pants gathered just below the knee. To be eligible for a pair of knickers from the foundation a boy had to be between the ages of ten and fifteen. To get a replacement pair, the boy had to turn in the old pair. Money from the foundation was to be used for “no other purpose whatsoever, whether educational or otherwise.”

We can only speculate as to what the Reverend John Gwyon was thinking. We can presume he was a bachelor.

Not being content to leave his curious and questionable legacy unrefined, he then amended his will five times over the ensuing six years.

Fearful that he might not have been specific enough, his first amendment declared that the word knickers meant “ordinary strong and durable knickers such as were worn by boys every day, but no sporting or fancy knickers of any kind such as football knickers, cricket knickers, military knickers, boy scout knickers, etc.”

Worrying that the trustees of the foundation might be diverted from their work by war or other calamity, his second amendment made it clear that “in case of extreme national or local distress, cause, emergency, or other reason whatsoever the foundation should never be diverted by the trustees on the application of any person or public body to the relief or on account of such distress, emergency, cause or reason, but should always be applied as specified for boys only….” It was knickers or nothing.

Mindful of the lasting mark he felt he was about to make, his third amendment stipulated that the foundation should forever remain unchanged and dedicated in his name as the “Gwyon’s Foundation for Clothing Boys.”

Making what he would have viewed as an important policy concession, his fourth amendment declared “that each successful boy… might, if he desired, choose a pair of trousers instead of kickers.”

Becoming more and more liberal in his largesse, his fifth amendment directed that the benefits of the foundation created under his will “should not only extend to the district…but should also extend to the points three miles or so outside of the boundary.”

Having perfected his plans he left the will untouched over the ensuing twenty years until his death in 1928.

His will was challenged in court. Five lawyers wrangled in court for three days. A substantial sum of money was in dispute – John Gwyon had been wacky but wealthy. At the end of those three days a judge ruled that the will failed and “Gwyon’s Foundation for Clothing Boys” never got off the drawing board.

Hidden and almost totally obscured in the bizarre detail of John Gwyon’s estate plan and the court case that followed is an obscure legal lesson about the law of trusts. The case is still taught in law schools. Generally speaking, a trust cannot be set up to further a purpose unless the purpose can be characterized as charitable. The judge concluded that Reverend Gwyon had not been motivated by charity.

There is a more practical lesson to be learned. With a few wording changes to make the purpose more clearly charitable, the trust would have been upheld. John Gwyon almost succeeded in making his mark.

What about you? Your estate plan can be an excellent way to make a mark in the community. You can support your old school matter, relieve against child poverty, support the arts, or pursue any manner of other charitable end. You can go it alone, like Gwyon, or get appropriate help. The very wealthy set up private foundations. For persons with less wealth, they can approach organizations like The Calgary Foundation. The staff there can help you set up a fund, and define the charitable benefit you would like to confer on the community. The Foundation structure ensures you stay on track, and don’t go afield.

Next week’s column: An estate planning lesson from Napoleon.

Take Steps To Protect Will From Attack
Scroll to top