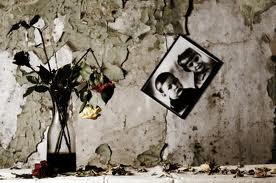 Joan Brown had one daughter.  The daughter led a troubled life.  She had a drug problem.  She was prone to depression.  She developed health problems. She was unable to work and became dependent on the Ontario Government for income support.

It was a happy day when her daughter had children of her own – three girls.  They were Joan’s only grandchildren.  It was a sad day when the grandchildren were apprehended by government child welfare workers and put into a foster home.

Joan became estranged from her daughter, but did not stop caring for her.

Joan wrote her will in 1997 when she was 72 years old.  She was going to leave an estate of roughly $700,000 and it was important that the will was done right.  If she gave the money directly to her daughter it would create trouble.

First, there was the drug addiction to worry about.  The money would give her daughter unrestricted access to a steady flow of drugs.   No good could come of that.  Second, the inheritance would cut off the daughter’s government support.

Then there were the three granddaughters to worry about.  One of them, named Ashley, was good in school.  Joan was worried that her daughter would squander the money without sharing it.  Her daughter’s life was a train wreck – Ashley had the chance for something better.

The will set up a special trust.  The $700,000 was placed under the control of a family friend who was appointed under the will as the trustee.  He was given the power to spend the money on the daughter and on the granddaughters in whatever way would do them the most good.

Joan died exactly two months after she signed her will and her will was put to probate.  Over the eight years that followed, the trustee parceled out the money in dribs and drabs in a heartfelt effort to make everyone’s life better.

Ashley was given a total of $86,000 while she successfully pursued a university degree.  Joan would have been delighted by that.  Her daughter was not delighted.  The trustee gave her a paltry $5,000 in total over the same eight year period.

She hired a lawyer and tried to overturn her mother’s will.  If she succeeded, the $500,000 left in the trust would belong to her.

There were two ways to attack the trust.  First, was a method called “trust busting.”  The court has the power to collapse a trust and give out the money, but only where it is in the best interests of the beneficiaries to do so.  The daughter could not convince a court on that point.  The judge who heard the case describe Joan’s will as “sensible, sound and fair.”

Second, she could try to attack the will.  If the will was invalid, then the trust would be invalid too. She would get the whole estate.  The second method seemed more likely, but her case was thrown out on a preliminary motion.  Once a probate order has been granted, courts have a discretion to refuse a request to re-open things.  It was delay that killed the daughter’s case.  If the attack had been immediate, the court might have allowed it to go to trial.

What lesson do we learn?  Ultimately, it is up to each of us to decide how to best pass our wealth on to our family.  That means looking at the whole picture.  Sometimes it is not as simple as cutting up the estate like a piece of pie and giving it out.  An inheritance can hurt some beneficiaries – Joan’s daughter was a prime example.  An inheritance can also make a world of difference in the life of someone positioned to benefit from it – think of Ashley.  None of us want to look down from heaven to see a court battle, but all of us want the best for the people we love and leave behind as heirs.  Some of us, like Joan, might want to set up a special trust in our wills.

Joan’s story is real.  The details were taken from the judgment published by the Court.  Names have been changed to protect the family from further embarrassment.