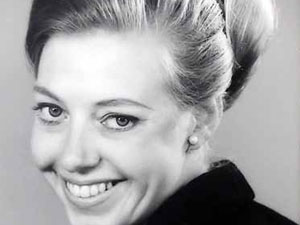 Christine Borstinsong died in Ontario on June 13, 2006. She had no will, and no family members to step forward and claim her estate. There were no children, no siblings, no parents or grandparents, no nieces or nephews, and no first or second cousins. All she had was her boyfriend, Nick.

Because she had no family, the government started the wheels in motion to claim her estate. Nick, who had little property of his own, stepped forward and started a court action, hoping he could convince a judge that he had been her“common-law husband.” A common-law is generally able to exert rights and claim cash from a partner’s estate if they have been left out.

Seven witnesses were called over a three day trial, including neighbors, friends, and Nick himself. Christine had been a unique lady, and the witnesses were a colourful group.

It became clear that Nick had stayed with her at her house for extended periods. He shared her bed. The two of them went for walks in the neighborhood. He was seen cutting the grass and cleaning the pool. He claimed that they had considered each other as husband and wife.

On the other hand, he also had a wife across town during the entire time he was seeing Christine. His wife lived in a house she jointly owned with Nick and he had a room there. Nick said that he was estranged from his wife. Why no divorce? He said that getting a divorce from his wife would be too expensive. Nick took the position that although he was married to his wife across town, he was still a common-law husband to Christine.

Christine liked to dance and have fun. Nick was the last in a long string of boyfriends — she favoured exotic men who spoke English as a second language. The most colourful of all of the witnesses at the trial was one of those former boyfriends. His name was Constantine. He told the court that Nick was just Christine’s casual boyfriend, no more.

The court had trouble believing Constantine. He was a butcher and, according to the judge, had been injured several years prior “when a side of beef fell on him, which impacted his hearing, his vision, and his memory.” Constantine was also very emotional as he gave his testimony. It became clear that Constantine was jealous of Nick. At one point during his testimony, he told the judge that Christine had always “wanted to be a stripper,” and offered to show the judge a photo. The judge declined.

Nick won his case. The judge concluded that Nick had indeed been Christine’s common-law husband during the years prior to her death.

First, a common-law has rights to property at your death. If you live with a person for long enough, he or she has a legitimate legal expectation that you will take care of them at your death. Even if you have a will, they can override it by bringing a claim under dependents’ relief legislation. They might be entitled to a part of your estate, or all of it. It depends on the facts. If they are wealthy in their own right, they might be entitled to “nil.” Some estate planning strategies are available in provinces like British Columbia, Saskatchewan, Alberta and Manitoba to limit or avoid the claim of a dependent. Interestingly, a common-law spouse cannot sign a contract giving up claims as a potential dependent of an estate.

Second, a side of beef can do a lot of damage.

Third, if you have no will and no family, your property will go to the government when you die. Property must have an owner under our legal system. In legal terms when a person dies without family, property is said to “escheat” to the provincial government, “propter defectum sanguinis” (lawyers love Latin). Having a will avoids that.

What did Nick get? The judge ordered that Nick be allowed to live in her house, with the pool, for the rest of his life. Nick was also given a living allowance to be paid to him monthly out of the estate assets. After his death, whatever was left would go to the provincial government.

Christine’s story is a true one. The facts are taken from the published decision of the judge who heard the case. The names were changed to prevent embarrassment.

Saving the Day if You Have Been Disinherited
Scroll to top