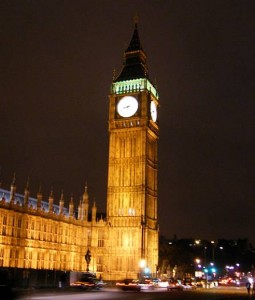 Hugh MacDonald immigrated to Canada from England some fifty years ago.  His English relatives keep dying off.  None of them had children, and he has inherited a substantial amount of money in the UK.  He has left it there.  It is invested with UK investment firms.

He has also acquired wealth of his own here in Canada.  He worked hard at a good job and was a “saver.”

What happens when a person dies with assets in different jurisdictions and only one will?  The will is put to probate where the deceased resided at death.  For Mr. MacDonald, that would be Calgary.  After a grant of probate is issued, the Canadian executors could start dealing with Canadian assets.  That would mean collecting them in one spot and transferring them to beneficiaries under the will.  They would also have to make an effort to deal with the UK assets.  That would mean sending the probated will to the UK and asking whether the UK financial institutions would be willing to send the money along to Canada.  Sometimes, the answer is “No.”

The UK financial institution often demands that the order of probate and last will and testament be “re-sealed.”  That means launching a separate probate proceeding with the English courts.  The English court would look hard at the will, and might not like what they see.  The laws in the UK differ from the laws in Canada.  Sometimes the courts demand proof that the will was validly signed under Canadian law.  All of this can be time consuming, and expensive.  That is particularly the case if the poor executors live in Canada and have to deal with solicitors in the UK while wrestling with a seven hour time change.

The delay is made worse because the executors cannot tackle the UK investments until they have succeeded in getting the Canadian grant of probate.  That can take months.  Everything in the UK simply sits on ice while that happens.  After successfully re-sealing, they have to collect all of the UK assets and then send them to Canada.  The Canadian estate cannot be finalized until the UK assets have been received by the Canadian executors.

From an income tax perspective, they will also be dealing with a Canadian estate holding foreign investment assets.  They need a good accountant.

Mr. MacDonald hopes to avoid most if not all of those problems.  He signed two wills.  One will was prepared and signed here in Canada to deal with his Canadian assets.  It appoints a Canadian executor.

The other will was signed here in Canada, but was prepared by a lawyer in England.  It deals exclusively with his assets in the UK.  It appoints a UK resident executor.

How is that better?

First, the UK will does not have to be “re-sealed.”  Instead, it is simply put to probate.  Since it is prepared to comply with UK laws, it can be put to probate easily.  There will be no questions relating to its validity.  The application is simple.  It is cheap.  The UK executors can hire a lawyer who lives down the block, and pop in from time to time to sign papers.

Second, the executors in the UK can tackle the UK assets immediately.  The UK executors can bring an application for probate without waiting for anything from Canada.  Both estates can be handled concurrently, rather than consecutively.

Mr. MacDonald’s name and other details have been changed to protect his identity.

Do you have assets in a different country?  If so, this may be an idea for you, particularly if you have land.  It should be custom fitted to your situation.  The legal fees can be high so it is not for everyone. Sometimes, one will is better.

There is another solution that never caught on.  A special and standardized format for wills has been developed that could be used in a wide range of countries. The “international” will can be re-sealed without question or challenge.  It only works if the country has signed on.  Here is the problem.  Very, very few countries have.  Until more do, using a two will strategy will often be the right solution.