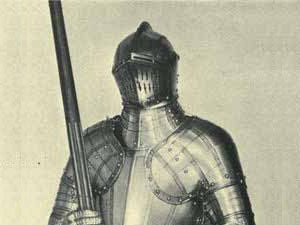 John Jones was 88 years old when he decided to draft a new will. His family was convinced that he had lost his marbles years earlier. That was a problem.

John had a house, farmland, investments, and life insurance. His estate would be worth a lot of money. More than enough to money to fight over after his death.

His memory was failing. His doctors were aware of it, and dementia had been diagnosed.

It was a recipe for disaster. There was a real possibility that some of his family members would go to court and have his new will declared invalid.

John hired a lawyer to help with his will – one that knew how to draft a will protected against court challenge. She met with him twice. One of the meetings lasted a full 90 minutes. She talked to his doctors and collected medical evidence. She asked John all of the right questions, and made detailed notes in the file she opened to document the preparation of his will. She kept that file in storage waiting for the inevitable fight at his death.

It was a good thing she did. After he died, the family went to war. The lawyer testified with the file in her hand, and was able to use it while giving detailed and comprehensive evidence to support the validity of the will. John’s will withstood the attack and was declared valid.

The lawyer had taken all of the steps necessary to “bullet-proof” the will. When the attack came, all of the evidence necessary to prove that John had capacity was ready to hand. A judge was able to conclude that while John suffered from diminished mental capacity, he retained enough of his marbles to sign a new will.

John’s story is a true one. The details are taken from the published decision of the Alberta court that confirmed the will in 2007. John’s name has been changed to protect his family from embarrassment.

Wills are set aside all of the time.

Here is the recipe for a failed will. The will is done at the last minute, after the person is old and sick and

infirm. The family member who stands to gain from the new will either writes the will, or finds and brings in the lawyer. If a lawyer is brought in, the lawyer does a slipshod job – the wrong questions, no notes, no enquiries of medical staff. The will changes who gets the wealth, and someone is left with no inheritance under the new will.

Everyone is shooting in the dark. No evidence was collected when the will was drafted and signed. It is up to the family members defending the will to prove it is valid. They are the ones who have to produce enough evidence to satisfy a judge. If there is insufficient evidence, the will fails.

There is no shortage of lawyers willing to attack a will under those circumstances. Many lawyers are willing to do so under a contingency fee arrangement. Under a contingency fee, the lawyer gets paid a fee based on a percentage of the money he or she successfully collects from the estate. They only get paid if there is a successful result. Because most wills are not bullet-proofed, some lawyers enjoy a pretty good track record in successfully overturning wills as invalid. Fees based on a percentage can be substantial.

None of this means that a person cannot make a will at the last minute when they are already starting to suffer from diminishing mental capacity. They can. It just has to be done right. That means bullet-proofing the will. Some estate plans need armour plating.

The key in bullet-proofing a will is to collect all of the evidence when the will is prepared to prove its validity later. That assumes that the will-maker has the capacity to sign a new will in the first place. No marbles, no will.

Don’t Expect Estate to Pay Your Costs
Scroll to top