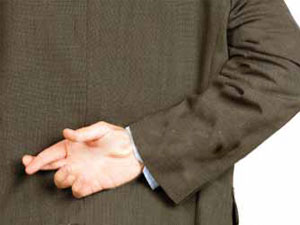 Hugo Herman Krupp died on February 6, 1994. He was survived by three adult children, a son and two daughters. They found a will their father had signed seventeen years earlier in 1977. It divided the wealth equally among them. Everything started out well.

Over the months that followed, one of the daughters named Hailey claimed she found two additional wills signed by her father. If either of the new wills were valid it would revoke the will dividing everything equally. Depending on how things played out, Hailey would inherit everything and her siblings would inherit nothing.

The first will she claimed to have found was supposed to have been signed two days before Hugo died. Hugo had been suffering from advanced dementia long before that date. No one other than Hailey, even for a moment, thought he had the mental capacity to make or sign a will on his deathbed. He was just too far gone. It was clear that the deathbed will was not worth the paper it was written on.

Suspicions would have been running high by this point.

A few more weeks passed. Hailey then told the family that she had found the second will, this one dated in1980 and leaving everything to her. It was typed out in normal form and used standard language.

Her siblings believed it was a forgery and headed to court.

Their lawyer hired a forensic document examiner, Ms. Diane Kruger. She studied her specialty in Toronto and then in England, and had been sniffing ink for years in private practice. She gave expert testimony.

A signature is a complex thing. When you sign something the pressure you place on the pen fluctuates. At some points you press hard and at others softly. That damages the paper. By studying dozens of samplesignatures under a stereo-microscope, a person’s signature is characterized not just as a trail of ink left by pen strokes but as a pressure profile. Forgers don’t understand that. A forged signature is generally made with a constant pressure.

A signature is also made with quick fluid strokes. A forger moves the pen slowly and it quavers – more evidence. Forgers don’t understand that either.

Here, the everything-to-Hailey will showed all of the hallmarks of forgery: steady pressure and quavering. Worse, the clever expert pointed out that the signature was very, very similar to signature found on the first of the three wills. She concluded it had been traced.

Hailey had tracked down the old lawyer, Mr. Alfred, and he swore an affidavit for her stating that he was present and witnessed Hugo’s signature. That was a problem for the siblings. He was cross-examined. Mr. Alfred was not dishonest, just ill-equipped. He had no real memory of signing the will, and had no notes or records. This was common to the legal dark ages of the 1950s and 1960s before lawyers were educated by angry courts – lawyers must make and keep detailed notes. He swore the affidavit because he did not know there was a fight going on, and his signature looked right. It was forged too.

The judge threw the everything-to-Hailey will out of court so hard that it is still bouncing.

All of the details in this story were taken from the judge’s decision and are a matter of public record. Names have been changed to save the family embarrassment.

How common is will forgery? Common enough that we have been hired to fight four will forgery case in the last three years.

Do forgers get caught? Once someone raises the red flag – yes.

Sleuth work often uncovers discrepancies. The witnesses might turn out to have been dead when they supposed to have witnessed the will, or out of town. Things are odd, or out of place. Dozens of details can trip upa forger.

Experts are a forger’s worst nightmare. They put signatures under stereomicroscopes. They study the type of paper. It is very, very difficult for the forger to escape discovery once the hunt is on and the will is placed under scrutiny.

Someone has to raise the alarm. How many forged wills get by without scrutiny? No one knows. If no one raises the alarm, the hunt never starts.

Next week’s column: The danger of procrastination.

How Will You Spend Your Last Few Moments?
Scroll to top